In this article, we will check all about Aquarius man.

The sky god in Greek Mythology – Uranus – was the first ruler of the universe. Uranus was the first planet to be discovered (in 1781). In astrology, Uranus represents the planet of change, disruption, the unconventional and the unexpected, the planet rules over invention and modern science. 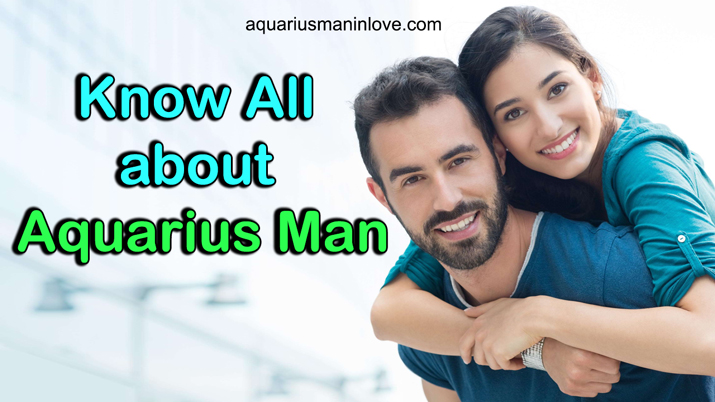 The water that pours out of the Water Bearer’s cup symbolizes truth, which is given out to the world by the natives of Aquarius freely and equally for every one.

Written symbol: The pictograph represents the water that flows from the vessel of the Water Bearer. Also symbolizing a picture of the human ankle in motion (the part of the anatomy that Aquarius rules).

Part of the body ruled by Aquarius: This zodiac sign rules the circulatory systems, shins and ankles. Aquarius natives by nature are usually more prone than others towards having ankle sprains and breaks, varicose veins and the hardening of the arteries.

Amethyst is believed to bring a peaceful and calm full influence to your life. 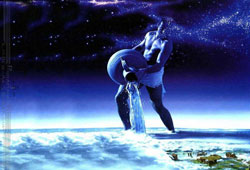 Aquarius men are unorthodox and original. They enjoy being different and refuse to follow the crowd. In fact, they go their own way believing that this is the right path. Intellectual independence is the most important characteristic of Aquarius natives.

In the sign of Aquarius, the combination of a fixed quality (1) and an air element (2) under the influence of Uranus (3) creates a contrasting personality. Males of Aquarius sign seem liberal and progressive but in the same time inflexible. They are prone to refuse compromise and refuse to give up in defending their ideas and their habits.

Your Aquarius man is a strange mix of an avant-garde thinker whose opinions are written in stone. He, in addition, usually ignores what other think. He is always in search of new paths to pursue unbound by precedent. “Contrast” is the number one word in Aquarians book. He enjoys being with people but loves relaxing at home. This person is very friendly and outgoing but detached and reserved at once.

Men born in Aquarius rarely lie. Symbolically, the water pouring from the Water Bearer’s cup stands for the truth. Thus, they are truth tellers that give objective judgments and opinions unregarding their emotions and interests. They walk the path of life searching for more information and knowledge.

See also: How to love an Aquarius man?

Yet, the danger occurs when he let’s his sense of identity become inextricably linked to his ideas. As he invests a lot of ego in his opinions and sometimes deliberately refuses to recognize the fact that his idea isn’t feasible in the real world of relationship or career to the degree that he end up sabotaging himself. Career wise the mind of an Aquarius is simultaneously scientific and artistic. Many times an Aqua man being evolved in two lines of work.

He is very sociable and loves studying human beings. Also, he is in trying to predict how people will react in certain scenarios. Very outgoing and amiable, he attracts friends wherever he goes and is a declared enemy of pomposity and pretension. He usually deflates them every time using his sharp verbal skills. 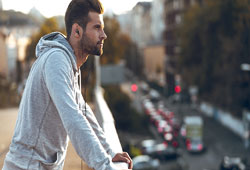 His personality mixes a true common touch with his own strong individuality. He can interact easily with all kinds of personalities from every walk of life, not being influenced by social status or position. Even if he meets the President, he will maintain his natural self. It’s because he thinks we are all interrelated as human beings. He is genuinely interesting in what makes people tick no matter it is Lady Gaga or the Queen of England.

The Aquarius man will never judge other people’s behaviors as he willingly grants other the right to be unique. For him, the ultimate liberation is the freedom to be oneself without hearing constant judgments.

He walks through life with a certain detachment and aloofness of spirit. He might seem sometimes disassociated form emotions though. However, the cool fact is that he seems unemotional and detached, inside him beats a very loyal heart. Aquarius is the symbol of long lasting friendship in the Zodiac.  No one will be a better friend than an Aquarius as he will do everything he can to help you. And his help will generally come with no strings attached.

As a person, he is so determined to be different that will sometimes position himself on the other side just not to be like everyone else. He quickly gets bored. His greatest weakness comes from his tendency to inflate his own importance and to pose as an expert on every field.

About the career aspect, Aquarius man will try involve himself in progressive projects. As the astrological sign of hopes and wishes, he is the kind of person that follows his dream and aims at changing the world. Charles Darwin, Abraham Lincoln and Thomas Edison are only a few of the Aquarius thinkers that have influenced history. An Aquarian will make a plan that improves the way thing are. But, his interest will be towards the idea and not translating it into action. Well, hard work doesn’t interest him.

Nevertheless, Aquarians are among the kindest people. Easygoing, reasonable, never mean-hearted they believe in “live and let live”. They will always give interesting points of view on different situations and will do everything they can to help friends and possibly improve the world.

For more info regarding all about Aquarius man, contact us.

Previous article: Get to Know all about Aquarius Men Personality Characteristics
Next article: Aquarius Woman and Aries Man 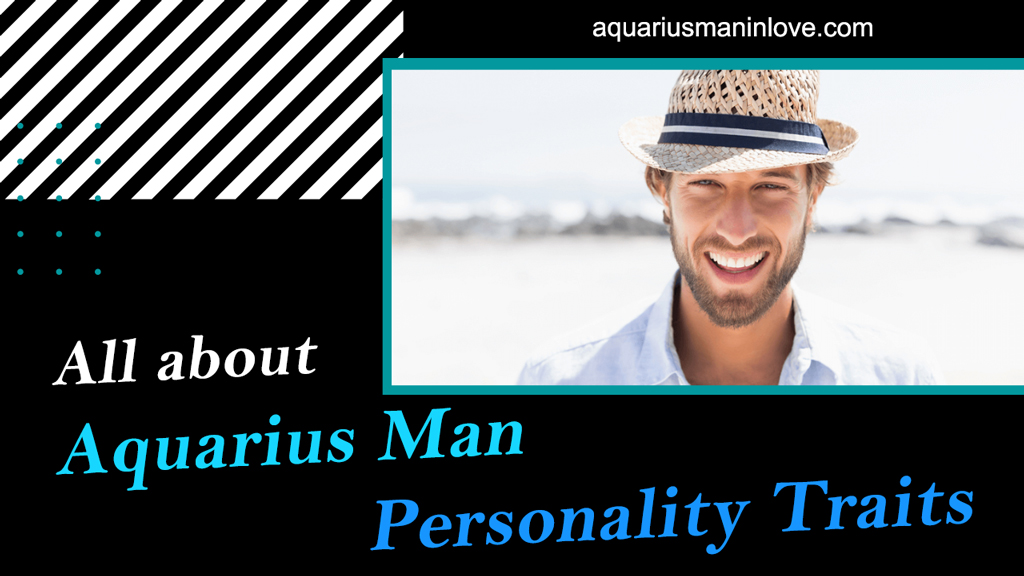 All about Aquarius Man Personality Traits – What to Know? 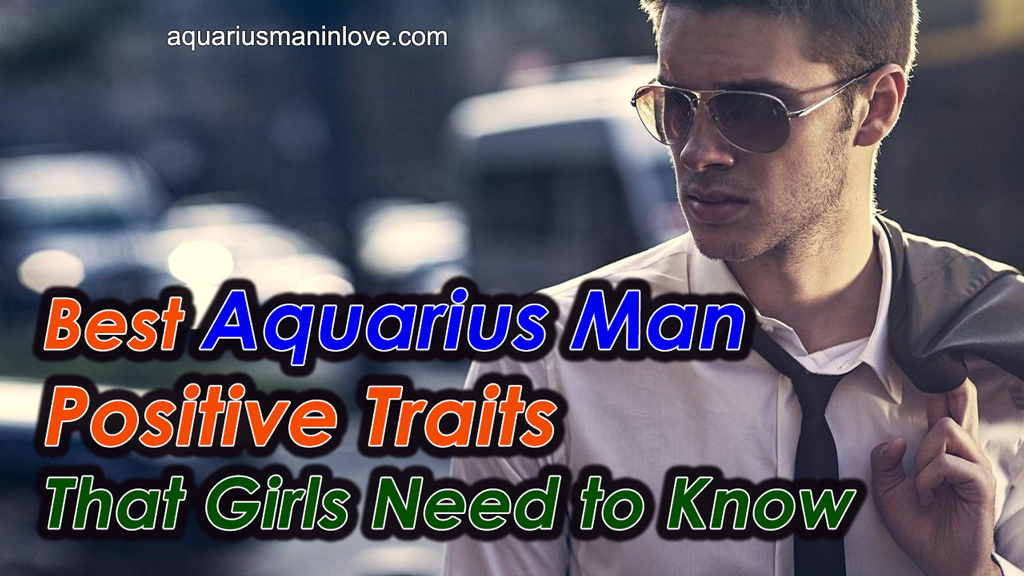 Can You Guess What Do Aquarius Men Like in Love Relationship? 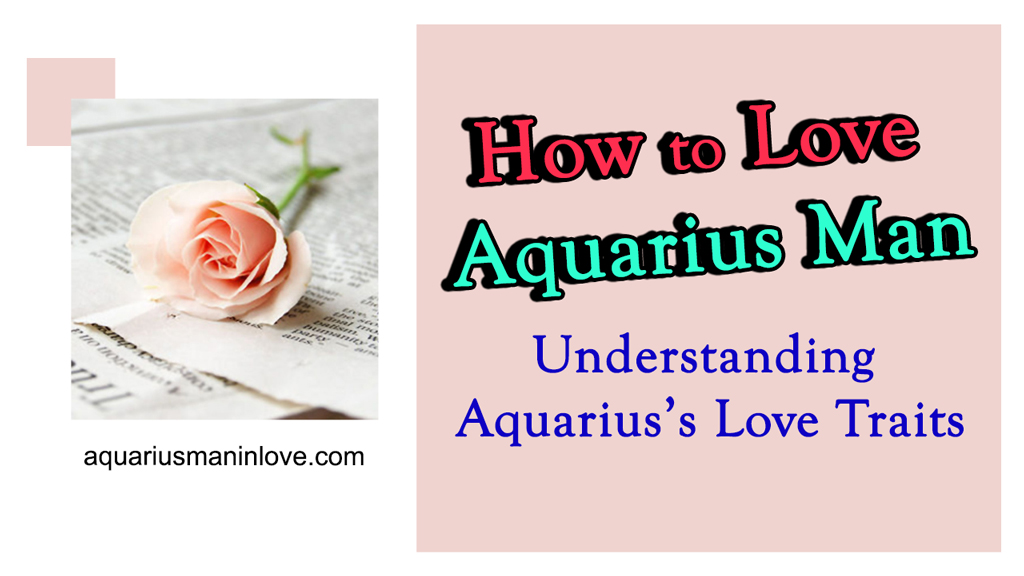